The biggest change is the new installer:
An ISO, based on ORB and Superdeb technology 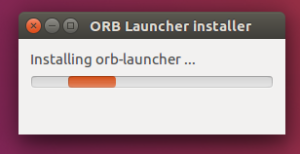 The installer is designed to: